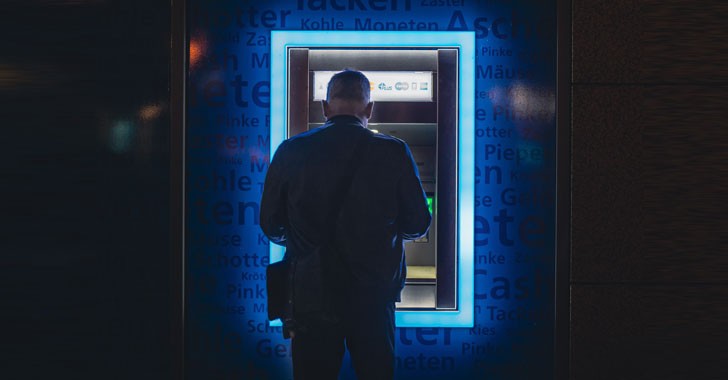 Threat intelligence and incident response firm Mandiant is tracking the cluster under the moniker UNC2891, with some of the group’s tactics, techniques, and procedures sharing overlaps with that of another cluster dubbed UNC1945.

The intrusions staged by the actor involve “a high degree of OPSEC and leverage both public and private malware, utilities, and scripts to remove evidence and hinder response efforts,” Mandiant researchers said in a new report published this week.

Even more concerningly, the attacks spanned several years in some cases, during the entirety of which the actor remained undetected by leveraging a rootkit called CAKETAP, which is designed to conceal network connections, processes, and files.

Mandiant, which was able to recover memory forensic data from one of the victimized ATM switch servers, noted that one variant of the kernel rootkit came with specialized features that enabled it to intercept card and PIN verification messages and use the stolen data to perform fraudulent cash withdrawals from ATM terminals. 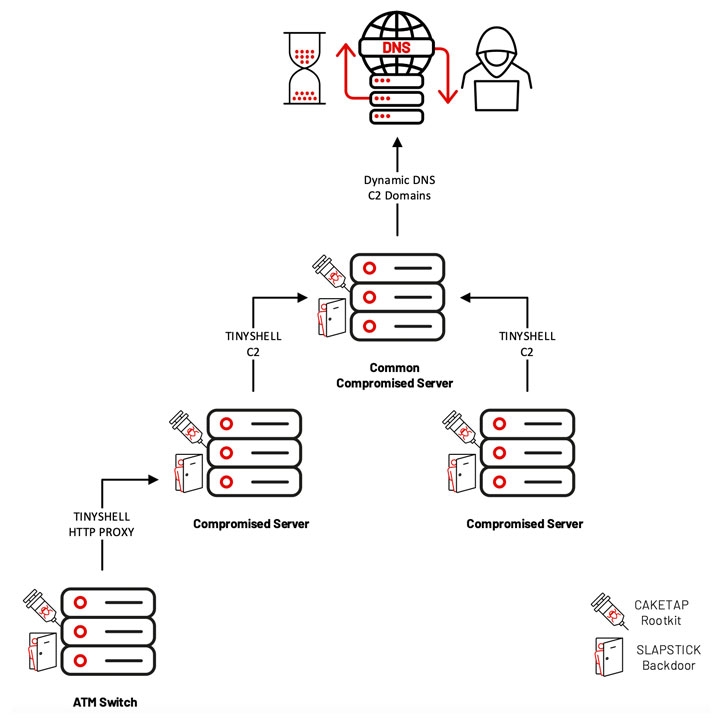 Also put to use are two backdoors known as SLAPSTICK and TINYSHELL, both attributed to UNC1945 and are used to gain persistent remote access to mission-critical systems as well as shell execution and file transfers via rlogin, telnet, or SSH.

“In line with the group’s familiarity with Unix and Linux based systems, UNC2891 often named and configured their TINYSHELL backdoors with values that masqueraded as legitimate services that might be overlooked by investigators, such as systemd (SYSTEMD), name service cache daemon (NCSD), and the Linux at daemon (ATD),” the researchers pointed out.

Additionally, the attack chains have employed a variety of malware and publicly-available utilities, including –

“[UNC2891] uses their skill and experience to take full advantage of the decreased visibility and security measures that are often present in Unix and Linux environments,” the researchers said. “While some of the overlaps between UNC2891 and UNC1945 are notable, it is not conclusive enough to attribute the intrusions to a single threat group.”